During a 2013 day-long field trip, the class heard about natural gas development, infrastructure, and economics from David Messersmith, Marcellus Education Team, and Matt Henderson, Shale Gas Asset Manager, both from the Marcellus Center for Outreach and Research at Penn State University Extension. Several stakeholders also presented their views including Dr. Alice Davis, Administrative Director of the Susquehanna County Career & Technology Center, who spoke about work force and education concern; Art Donato, Susquehanna County 9-1-1 Coordinator and Forest Lake Township Supervisor, who discussed county impacts; and Emily Krafjack, Community, Municipal & Environmental Liaison, Wyoming County, who talked from a landowner’s perspective and addressed the role of the media in covering fracking in the region. A PDF of the PowerPoint presentation from David Messersmith is available below: 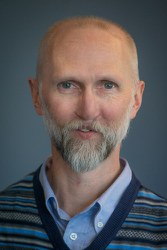 The 2012 class heard from three guest speakers who presented differing information and views about fracking in Pennsylvania. Jason Hanna, a senior project manager with Langan Engineering & Environmental Services, Inc., discussed the fracking process and industry issues with a PowerPoint presentation from the Marcellus Shale Coalition. Julie Edgar, organizer for Lehigh Valley Gas Truth, presented a citizen-activist viewpoint using a PowerPoint program developed by Karen Feridun, a colleague at Berks Gas Truth. Laura Legere, a staff writer for the Scranton (PA) Times-Tribune, described reporting issues involved in the Marcellus Shale story. She not only had written about fracking for several years, but also had won major journalism awards for her coverage.  In addition to her class discussion, she presented a well-attended public lecture on "Marcellus Shale in Northeastern Pennsylvania:  A Reporter's Experience." Legere is now the Energy and Environment reporter for the Pittsburgh Post-Gazette. PowerPoint presentations given by the three guest speakers are available below.

Jason Hanna is a Senior Project Geologist with Langan Engineering and Environmental Services and has been an active member of the Marcellus Shale Coalition since 2010.  He has more than 17 years of experience supporting clients in the specialty-chemical manufacturing and oil and natural gas production, transmission and processing industries.  He specializes in environmental regulatory compliance and permitting for oil and gas operations in the Marcellus and Utica Shale regions.

Julie Ann Edgar came to community organizing and volunteer advocacy when she saw the movie "Gasland" in October 2010. She started working immediately with both Berks Gas Truth and Lehigh Valley Gas Truth, and became coordinator for LVGT in January 2012.  Julie has developed a network of concerned individuals who collectively are trying to birth a renewable energy economy and end extreme fossil fuel extractions.

Laura Legere was a staff writer for The Scranton Times-Tribune for several years since 2007. Her reporting on natural gas drilling in the Marcellus Shale won Best in Show from the Pennsylvania Associated Press Managing Editors in 2011 and also received awards from the Society of Environmental Journalists, the Inland Press Association and several state contests. She was a 2010 finalist for the Livingston Awards for Young Journalists. More recently, she has written about fracking for StateImpact Pennsylvania and is currently the energy and environment reporter for the Pittsburgh Post-Gazette.